After a week of delayed withdrawals and other issues suggesting an exit scam was likely, Dark0de – one of the biggest and most popular darknet markets to ever exist – went offline on Feb 24th without warning, taking user funds trapped in escrow along with it. There was no announcement made by the market admins as to what had happened or why the site was no longer available, but activity preceding the closure suggests it was a willful and coordinated effort to scam buyers and vendors.

“At this stage the facts are that onions are down and the dark0de admin /u/dark0dereborn has deleted their dread presence and scrubbed some posts/comments,” wrote Dread member dontlaugh on Thursday in a new thread in the DarkNetMarkets sub-Dread. “Not looking great for all involved as it would at this stage appear to be an ungraceful exit,” they added.

The post triggered a massive wave of comments from frustrated users, which had nearly exceeded 300 in count within its first 24 hours.

The famous welcome screen for Dark0de featured original, colorful artwork, giving it some rare personality that set it apart from competitors.

While most of Dark0de’s existence was uneventful and smooth for buyers and vendors, some users reported running into deposit and withdrawal issues as early as Dec 2021. On the Dread forum, one Dark0de user reported a XMR deposit requiring over 300 confirmations before funds were credited to their account. Other users commented on the increasing lack of professionalism exhibited by the market’s admins during its last few months.

“They would just make up half-arsed excuses and stall by insisting you prove something they should already be able to do,” said user PaperHat on Dread. “If not crooked, you can’t trust that level of incompetence either. Sometimes you can just tell someone is a compulsive liar from the way they talk and I got that sense from the admin,” they added.

Dark0de is the fourth major darknet market to go down this year, with the other three being Cartel Market, Monopoly Market and CanadaHQ. All three are believed to have been seized by law enforcement. The market closures to occur this year stand in stark contrast to the comparatively “graceful exits” of White House Market and Cannazon; both of which provided their customers with a warning and ample time to withdraw their funds.

Dark0de was founded in the first half of 2020 and hailed for its comparatively wide range of features, which included support for Monero, Bitcoin multisig transactions, and Direct Pay, which allowed users to send payment to a designated address rather than from a market account balance. These and other features earned it a massive user base in the roughly two years of its existence. There were over 40,000 listings on the market at the time of its closure. 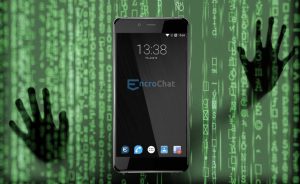