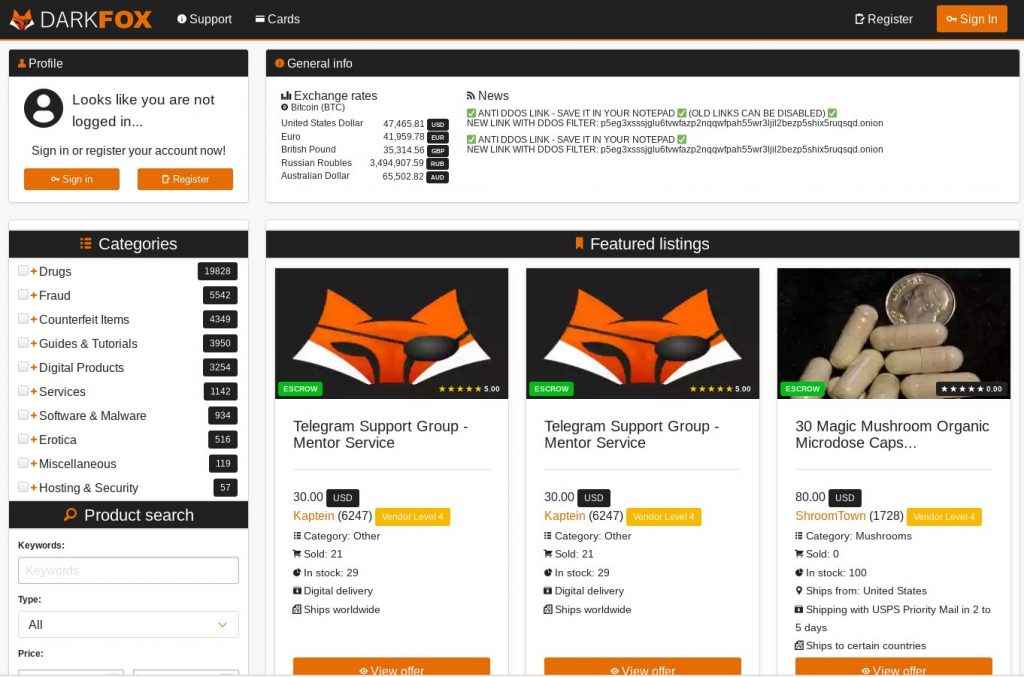 DarkFox, a controversial and problem-laden darknet market that opened early last year, has been given a stern warning by the community to shape up and sort its customer problems, or risk permanent exile. For many of the market’s users – scammed by way of non-delivered order – it is already too late.

Paris, admin of the Dread darknet forum, posted a lengthy warning in the DarkFox market ‘subdread’ on Monday which suggested that the market had been compromised by scammers who had been flooding the ticket system for months with spam. This created an insurmountable backlog of tickets for the market’s thin staff to process, resulting in nearly all legitimate disputes going unanswered.

The result has been an ongoing wave of complaints lodged against the market, on Dread and elsewhere, about orders never received and disputes never processed, leading Paris to limit the market’s subdread functionality. This means all future posts in the subdread must be manually approved. Additionally, the market’s URL was removed from the forum, highlighting Dread’s utter loss of confidence in the operation.

In addition to the dispute backlog that has left scores of customers feeling ripped off, Paris’ complaints against DarkFox included a lack of recent communication from the admin and the fact that inactive vendors were still displayed as active on the market (along with their listings). Paris also noted the apparent ease with which scammers can impersonate legitimate vendors not on the market, acting as impostors and seemingly free to prey on new buyers with impunity.

“Let this be a growing fire under your ass,” wrote Paris to the DarkFox admin in a public post on Dread, in reference to his punishment issued to the market and calls to do a better job. “You can get the faith in you back if you do some actions and communicate what is happening. The silent treatment is only getting people more and more pissed at you.”

DarkFox has been the subject of criticism by the darknet market community for much of its existence, recently found to contain only fraudulent offerings for certain categories of services.

“Darkfox has proven to be an absolute garbage site,” begins one recent review of the market on the clearnet. “I had a purchase that never arrived. Opened a ticket, no response. Opened another one, nothing. There is nobody there and the scammers know it.”

A look through other recent reviews shows the market has been subject to ticket system complaints for months — at least as early as March of this year.