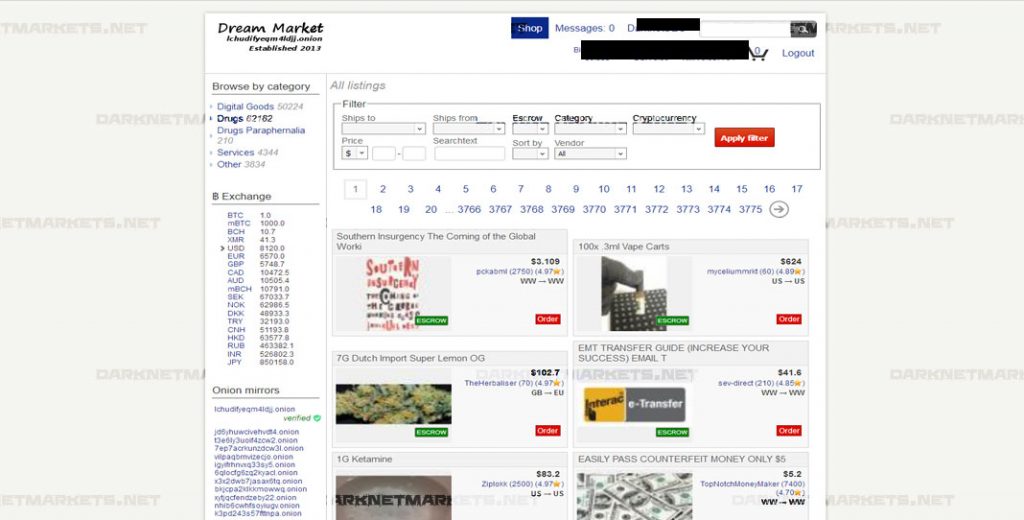 Dream Market, the most popular and longest running darknet market, has recently launched a fairly significant update to their website. It’s not a very obvious visual update and was not mentioned in an announcement on the Dream Market news page. Though it was a seemingly big change that includes a few important new features.

Some of the changes our staff has noticed is a pretty major one. Dream Market, which was only available in English since its creation, now offers support for multiple languages.  Dream Market is now also available in Serbian, Swedish, German, Hindi, Arabic, Italian, Turkish, Chinese, Russian, Japanese, Spanish, and French. Now one of the few Darknet Markets to do so.

The language can be changed from the main login page. This feature does not alter the language of the individual listings but does translate the site itself, opening the door for vendors to make listings in different languages to attract shoppers worldwide.

The next noticeable update is a few added security features. One is a user rating which is available on a users profile. It’s a simple thumbs up/thumbs down choice and is available on the profiles of all users, vendors and buyers alike.

This may have been created to tackle the growing issue of padded feedback of vendors who are scamming users. It’s not a bulletproof solution, but it’s something. It could temporarily throw off the bots used to automate the feedback padding and provide a visible overall rating for the time being as honest negative feedback is often buried by the fake positives.

The second security feature, which has been available now for several months but still worth mentioning is a “last active” time stamp.

The timestamp is displayed as the first thing a user sees after logging in. It displays the time and date that the account was accessed…a very nice addition for users who are too dense or lazy to protect their account with 2-FA (don’t be that person).

Next is a cosmetic feature, which seems to be a popular one among all web designers. It’s the option to view the website in dark mode, which is arguably softer on the eyes compared to the traditional dark text on a white background.

You can access this feature by clicking the small link that says “Dark Mode” in the bottom left side of the page.

Lastly is a less noticeable update. A slight upgrade to the core code and UI of the website. While not a major alteration, the site does seem to respond noticeably faster than previously.

This update did not include any major layout or design changes. Something that just about everyone has been anticipating given Dream Market’s heavily outdated design and popularity. Maybe sometime in the near future that will change, but until then it’s must be somewhat reassuring for its users to see some new development into Dream Market.